Playing in the Pool 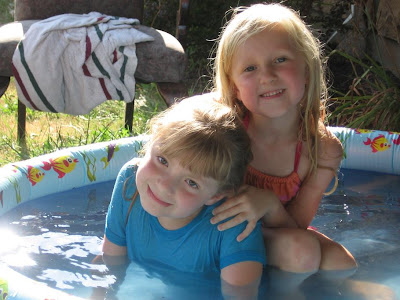 Uncle Robert came over today and it was really hot. The girls decided that they were going to play in the pool. Uncle Robert thought that was a great idea until he realized that the girls play dirty when playing in the water. (Learned from Papa and Dave no doubt!) 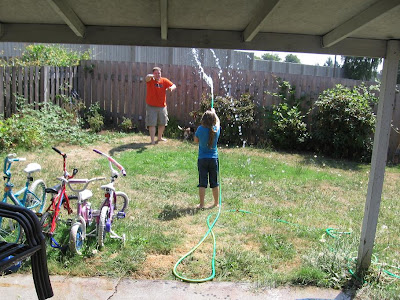 I stayed safely behind the sliding glass door while Kim and Uncle Robert played with the hose. 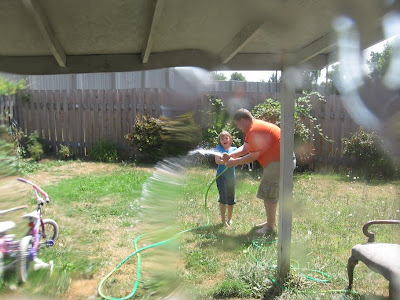 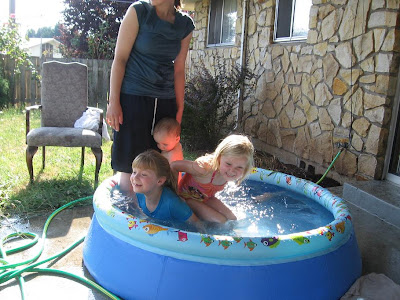 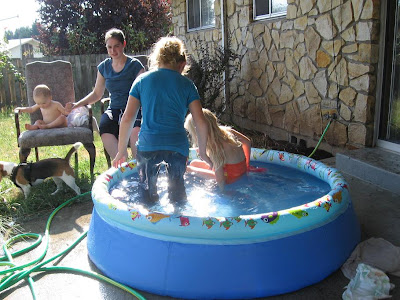 The girls just love being able to go out back and jump in the pool, especially when it is in the high 90's with no AC. Yikes it is HOT! 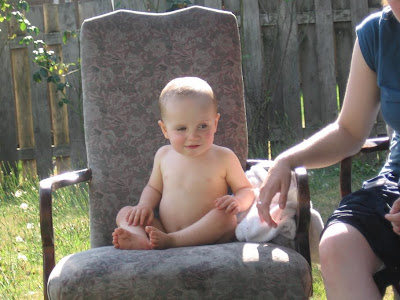 Alestair only had one diaper and needless to say it got really wet so he got to run around free for a while until Aunt Mindy decided that he needed some sort of diaper on. As you well know I don't have diapers in the house any longer... So we made one. 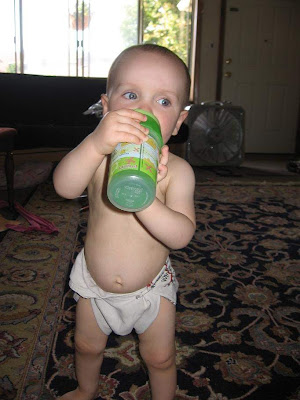 Yes, it does say Bon Appetite on the side of the dish towel we used for a cloth diaper. 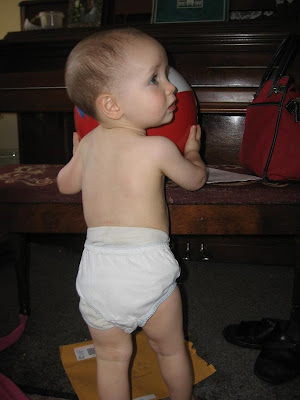 We then added panties, or underwear if you are a boy. In my defense they at lease had blue on them. Uncle Robert wasn't happy to see his son in blue lace trimmed panties. We all had a great time, Thanks Robert and Mindy for stopping by.
Posted by Dave & Katie Butler Family at 9:56 PM 2 comments: 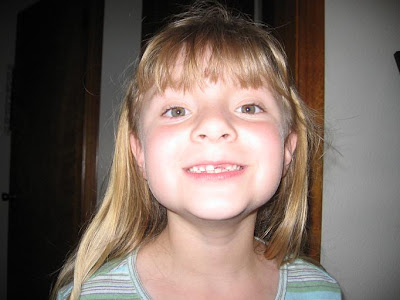 So Kim has been losing teeth lately but she finally lost one of her big front teeth. It was barely hanging on and she was getting a cavity in it so I talked her into really putting some effort in getting it out. Dave came home from work and talked her into letting him tie a string around it, tieing it to the door knob and shutting the door. She was kind of scared but excited by the idea. Well believe it or not it WORKED! It didn't even hurt her. Her big tooth was visible under her baby tooth. Dave is happy to announce that he got to pull a tooth using the string to the door knob trick. Here is Kim with her front tooth gone.
Posted by Dave & Katie Butler Family at 7:32 PM 1 comment: 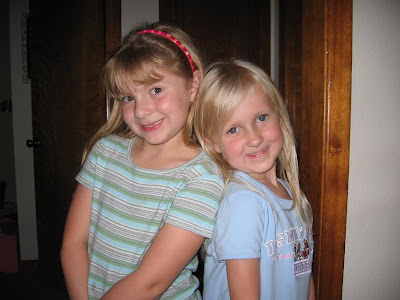 We finally got the Internet again so we are playing a little catch up. So much has happened since I wrote last. Well for one the snow is gone. :) Now it is hot! It is supposed to be in the 100's again tomorrow. The girls are growing like weeds. Every time I turn around they are bigger. They say the cutest things. I just started typing and trying to decide where to begin and paused for a second and Hadley chimed in and said, "Okay Begin" like it was a speed quiz or game. Just a second ago Hadley went into Dave and said, "Dad, we are having fun without you." I had to smile. She gets upset if we have fun without her but she was upset that we were having fun without Dave.

Kim on the other hand, is very smart and sassy. I am surprised that my little angel that could do no wrong says things that make me crazy. Yesterday we were practicing our Primary Program songs and she said to me with great enthusiasm, "Mom, (sigh) Singing just isn't my thing." I wanted to be mad since there was so much sass in her voice but it was hard. Dave just sat there and laughed. 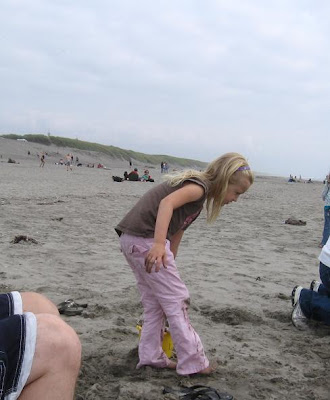 We had a Butler Family Reunion that we went to for a day since I had to work and our car broke down. We had a great time. We played on the beach with Aunt Misty, Aunt Heather, Uncle Ryan, Emerson and Norah. The girls had a great time. 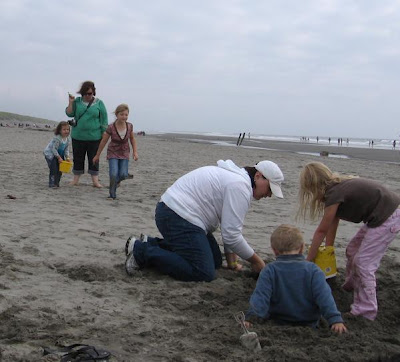 We have a friend that owns a car dealership and he has a Volkswagen Beetle. We play 'slug bug' all the time in the car and Hadley's nick name is 'The Bug' so taking a picture with Hadley in the "bug" was more than appropriate. She had a great time sitting in it especially in the driver's seat. 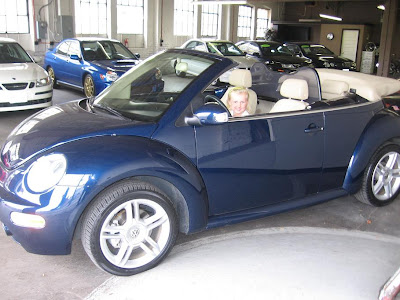 I will be updating my blog more often since I can from home now.
Posted by Dave & Katie Butler Family at 7:10 PM 2 comments: 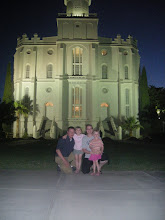 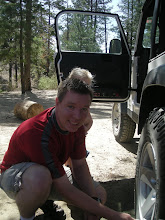 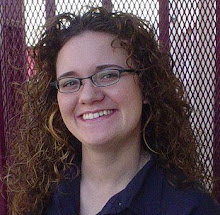